Julius Martov and the Anti-Bolshevik Approach To Revolution 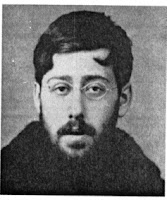 Final talk from the 'Socialist Thinkers – People Who History Made' lecture series and, aptly enough, the lecture dates from 25 years to the day.

Socialist meetings on a Boxing Day? Those were the days.

The sound quality of the recording is not the greatest but, remember, when I did originally introduce these old recordings on the blog, I did introduce them as, The SPGB: the basement tapes. The political quality of the recordings has been immeasurable, and I hope that other comrades in the SPGB tradition will look to upload further talks and debates on the Party website and/or their blogs.

Martov was an important socialist thinker and activist from the first two decades of the twentieth century, and I hope that readers will also take the time to check out the links below for further information about Martov and the period under discussion.