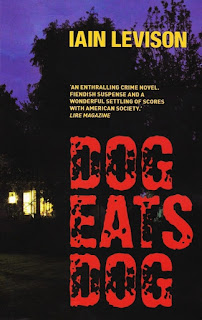 Elias was so relieved to see a smile that he felt compelled to offer more information as fast as he could make it up, as if to cement a friendship that was forming between them. Between the guy who said bizarre untrue things about his pistol, and this intractable old bastard of a gun-shop owner.

“It was my father’s gun,” he said. “He just passed away. I just found it in the house. My father was a soldier in World War Two.”

“This gun isn’t military issue,” said the shopkeeper, shaking his head, as if bored with Elias’s lies. “This is chrome-plated. And it was manufactured well after that. If the serial number hadn’t been filed off, I could tell you exactly when, but I figure, oh, about 1950s.” He was looking at Elias now, as if he expected either honesty or silence. He slid a piece of black metal across the counter, then opened the box of bullets. “The war was over by then. You should learn about history,” he said.

Elias was so taken aback by this country bumpkin telling him to learn about history that he almost blurted out that he was a history professor who was about to get tenure and was going to be published in the National Historical Review. Then he remembered, from deceiving Denise, the joy and energy that came from playing dumb. “My dad must have bought it recently, I guess,” he said humbly.

The shopkeeper loaded bullets into the magazine. “This is how you load it,” he said, pressing each bullet down into the clip with a slow, deliberate gesture, looking up at Elias to make sure he was being heeded. “It takes seven slugs.” He slid the magazine into the grip. “This lever here drops the magazine back out of the grip when it’s empty.”

“Can you shoot, or do you need lessons?” 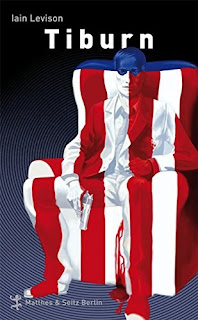 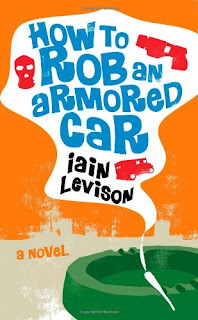 “I can’t believe it was that easy. Dude, we ought to do this full time.”

Doug shrugged. “Do you want to? I mean, do this instead of robbing the armored car?”


Mitch started his car, mulling the idea over. Today had certainly been easy money but he knew that every day wouldn’t be that easy. They had just gotten lucky. And besides, Doug had all the skill, knowledge, and bargaining ability. Mitch really didn’t bring much to the table.

“Nah,” he said. “I mean, it was impressive and all, but you did everything. All I really did was give you a ride.”

“I could do this full time,” Doug said. “Maybe we should do this instead of robbing the armored car.”

“Are you having doubts?”

“I don’t know. I’m getting kind of scared about the whole thing,” Doug said. “I mean, I just need a little bit to live off. I don’t need to be rich and shit. I don’t need millions of dollars. Money doesn’t buy happiness.”

“Sure it does,” said Mitch cheerfully.

Despite the giddiness of the moment, Mitch felt anger welling up. He hated this logic on which so many people operated, the quaint, pat little platitudes they used to comfort themselves, the bumper stickers and refrigerator magnets that supposedly summed up all their struggles. Money doesn’t buy happiness. God has a plan. It will all work out in the end. It was brainwashing, calculated and perfect, the final bitch-slapping to top off a lifetime of stocking shelves or filing papers or answering phones. If he was going to spend his life making money for someone else, Mitch thought, that was fine. It was inevitable. But don’t insult my intelligence by trying to convince me money is worthless, just so you can keep the whole fucking pile to yourself.

He knew that Doug was a man of simple needs and that he really would be happy with very little. So, for that matter, would Mitch. But it wasn’t all about the money. It was about Accu-mart, about the army, about Doug’s car getting impounded. It was about everything that had ever made him feel small, that had given him the message that he owed someone something, that he had to do more, that his behavior wasn’t good enough.

“Kurt Cobain was a drug addict,” Mitch snapped. “All the people who killed themselves when they got rich were drug addicts. Janis Joplin, Hendrix, Jim Morrison. Money doesn’t buy happiness for drug addicts because they can buy so many drugs all of a sudden that they just freak out.

Then rich people look at that and they say, ‘Money doesn’t buy happiness, fuckers. See what happened to Kurt Cobain? So stop asking for more money, ’cause it ain’t gonna help.’ They just use that bullshit as an excuse to not give us raises. Then they take the money and laugh on the beach in Bermuda. Dude, fuck that. If money doesn’t buy happiness, why do guys guard it with guns?”

He drew a deep breath, then continued his rant while Doug sat in the passenger seat staring at him. “They expect us to eat that shit up. They expect us to say, ‘Wow, money doesn’t buy happiness. Boy, I’m sure glad I don’t have any money. Otherwise, I’d just overdose on all the drugs I could buy. Yessiree, it’s much better if the rich people keep all the money, ’cause if I had any of it I’d just spend all day jamming heroin into my arm.’”

“Money buys happiness for everyone else. You fucking bet it does. It gives you mental peace, man. You know why? Because if you got money, you stop worrying. And not worrying all the time is happy enough for me.”

“You worry?” Doug asked. He sounded innocent, like a little boy, and Mitch felt a twinge of regret that he had cut short their celebration of the successful drug deal with an outburst of bitterness. But he hated seeing his friend act . . . brainwashed.

“No,” Doug said softly. “I just figure everything will work out in the end.”

Mitch gritted his teeth. “I worry all the fucking time,” he said. “I worry about bills, about the rent, about not being able to ever afford anything. I can’t go anywhere or do anything. Shit, even any of that stuff you see people doing during the commercials in football games: mountain-biking, traveling, going to the beach, concerts, vacations. It’s like there’s this great big fucking world out there full of all this great shit, and man, we’re never gonna be a part of it. We can’t even have a little taste, you know? So, yes, I worry.”
Posted by Imposs1904 at 7:07 pm 1 comment:

Nazis in the Metro by Didier Daeninckx (Melville International Crime 1997) 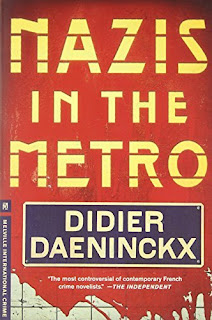 Alaric unzipped the front pocket of his overalls and dug out a Gauloise Light from a dented packet.

He offered Gabriel a cigarette.

—Thanks, but I haven’t quit quitting ... You’re really leaving? Closing up shop? Is business that bad?
Smoke streamed from his nostrils in two jets that merged into one.

—You kidding? I’ve got a list of orders as long as a day without bread ... No, the new owner’s kicking me out. There’s no romance in table legs anymore. He wants to gut the place and turn it into a gallery-cafe ...

—Another cafe! Well, we don’t have to worry about dying of hunger in this neighborhood anymore ... And where will you go? Back to Brittany?

—Brittany, me? Never! I don’t even go there for vacation! I need streets, bars, cars, subways! The older generations might’ve had a hard time adapting, but I’m completely at home ...

Gabriel leaned his long frame against the wall.

—Of course, it’s been a long time ... The Alaric name has been on this shack forever ...

—You can say that again! Now we’re out on the street... It was my great-grandfather who came here first, from Finistere-Nord, at the end of the last century ... The recruiters arrived and sent whole villages into exile, giving advances to parents and wives ... Reimbursable from the first year’s pay. It was a little like Citroen and Bouygues with the Moroccans and the Turks ... But with us it was for the first Delaunay-Belleville cars. The plant was in Saint-Denis, not far from Briche. Steel frames, spoked wheels, wood interiors, all-leather upholstery ... They needed the best craftsmen in the country, and they went looking for them in Brittany and Auvergne ... I never had the chance to know my great-grandfather, but my grandfather lived basically the same shitty life as he did ... At first he didn’t speak a word of French, and on Saturday nights, after their shifts, Parisian workers would unwind by chasing down “foreigners” ... Because they spoke Meteque, because they were unmarried, because they didn’t eat the food everyone else ate. He was systematically beat up ... And you know what the bastards called those raids?

With an expert flick, Alaric propelled his cigarette butt into the clear waters of the gutter.

—Bretonnades! Can you imagine? Forty years before the ratonnades* against the Arabs ... It’s only proof that nothing ever changes: we just get used to it...

—And where will you go?

—When they ruin the provinces for you and then kick you out of the city, what’s left?
Gabriel Lecouvreur’s eyebrows rearranged themselves into a circumflex.

—It’s obvious: the outskirts ... They’re sticking me with three thousand square meters in Montreuil, along the highway. It’s called Mosinor ... Twelve stories surrounded by a truck route. Three-quarters of the building is occupied by sweatshops, and the courtyard is used as a parking lot for those green dumpsters from the Department of Household Waste! It’s a dream come true!

—You do make it sound appealing ... You should reinvent yourself as a real-estate agent. Is there anywhere to get a drink, at least?

—Oh sure, these are civilized people, after all: they just opened a Burger King on the ground floor ... I’m going to have to get used to soft drinks ...

Footnote:
* The term ratonnade, deriving from “raton” (rat), a racial slur, referred originally to acts of violence in France against people of North African descent during the years of the French-Algerian war (1954-1962). By extension, the term has been used since then to refer to other racially motivated acts of violence.
Posted by Imposs1904 at 9:19 pm No comments: 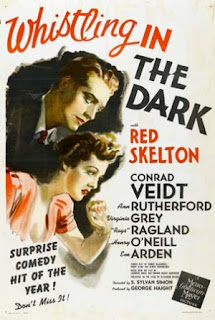 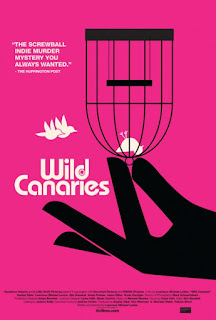 I still wish I was a Partick Thistle supporter but this was rather well done: