Pitching A Tent At Pitchfork

Now is this season to both make end of year lists and to link to end of year lists. I'm always happier with the latter, and Pitchfork raise a few chuckles and groans with their 20 Worst Album Covers of 2007

Not being that familar with the artwork of past Ted Nugent albums, I can only guess that he must be having some album cover competition with The Scorpions. And it's also nice to note that Lord Jesus Christ is popular this time of year for reasons other than the fact that his birthday coincides with Christmas.

But pride of place must go to Rick Parfitt and Francis Rossi, and their album cover that must be a homage to that K-tel compilation album from the early eighties, 'Raiders of the Lost Charts'. How else were Status Quo going to get namechecked on an uber-hip American music website? 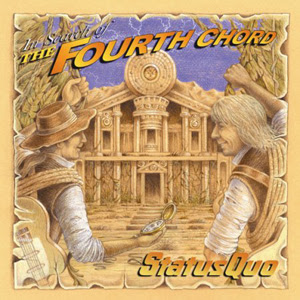