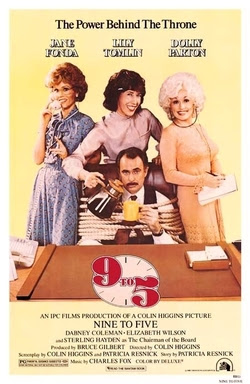 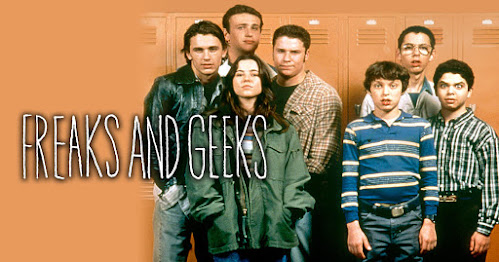 "And I wish you'd stop saying "I introduced you to the SPGB" like it was a good thing."

Nothing funnier than an in-joke . . . you had to be there: 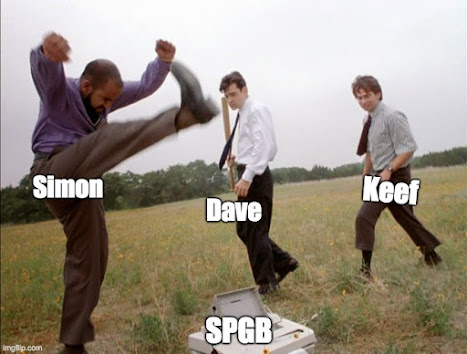 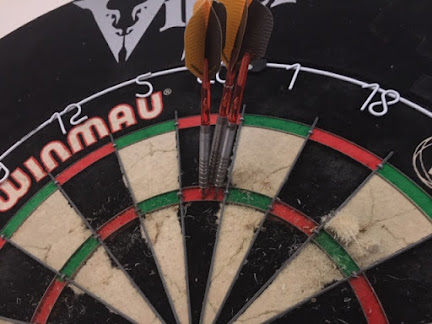 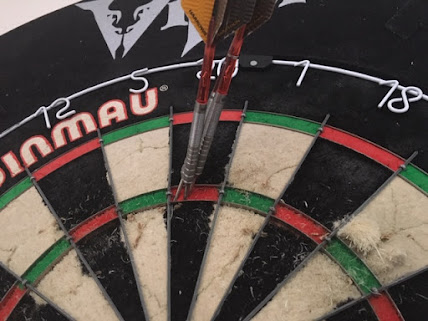 When The Bangles did The Rain Parade . . . 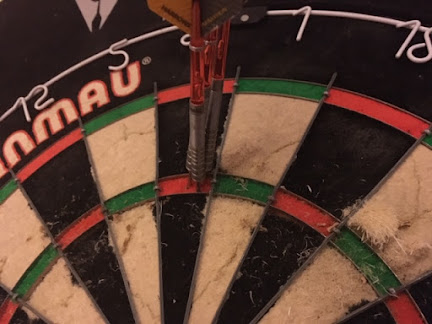 Email ThisBlogThis!Share to TwitterShare to FacebookShare to Pinterest
Labels: 180, 2021DartsChallenge, The Bangles 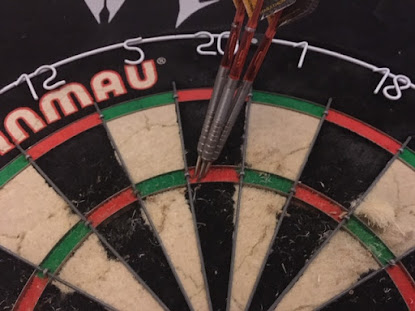 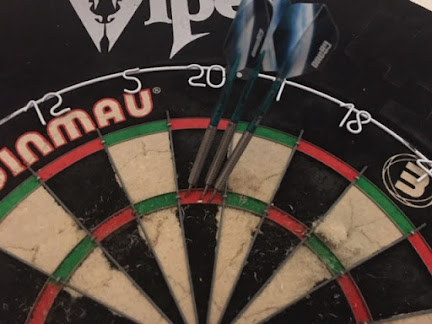 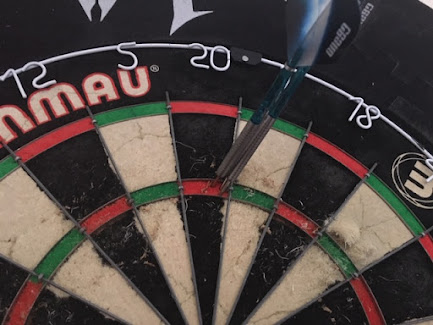 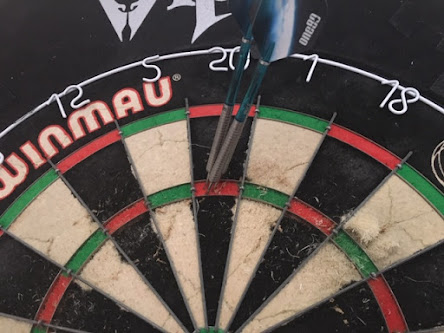 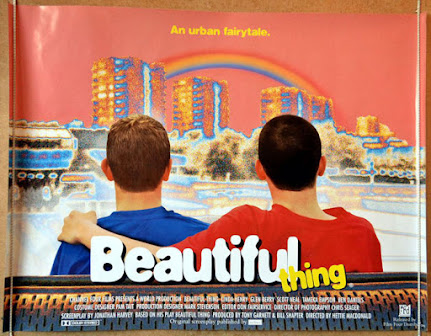 First 180 with my newest darts. One of those (few) days when the darts seem to be flying. It will be back to normal tomorrow. 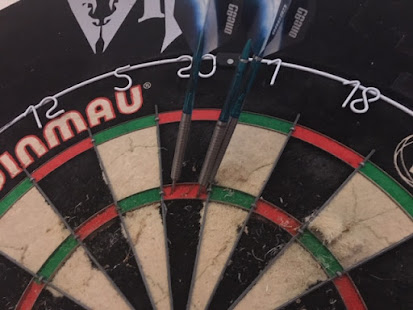 Back to my old darts and my old board. (Long story.) 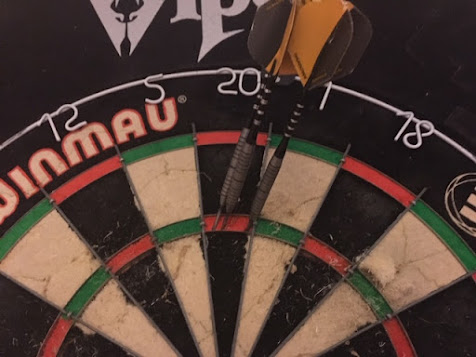 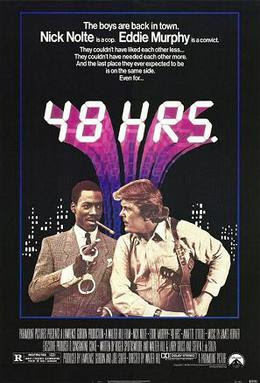 The old man in the hood(ie)

Halfway towards my goal of trying to hit 50 180s in 2021.
More importantly, my first ever 180 whilst wearing a hoodie. Wow, if I can throw half decent darts wearing a hoodie that means we can knock a couple of hundred dollars off our heating bills each year. 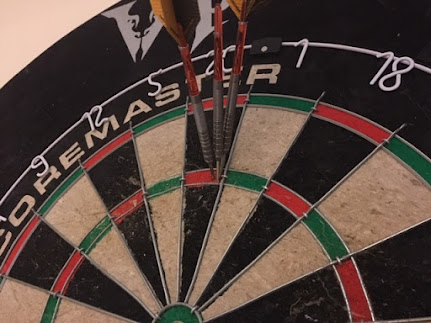 "You're old enough to kill but not for votin'"

Four minutes between 180s (and they look near identical). That hasn't happened in a long time. 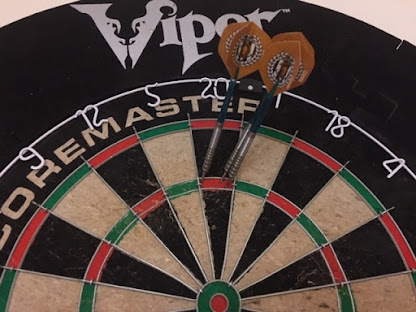 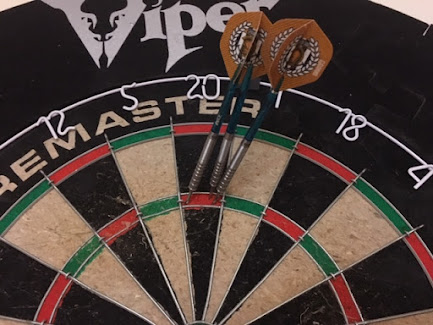 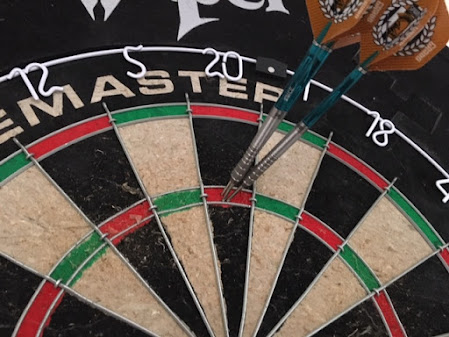 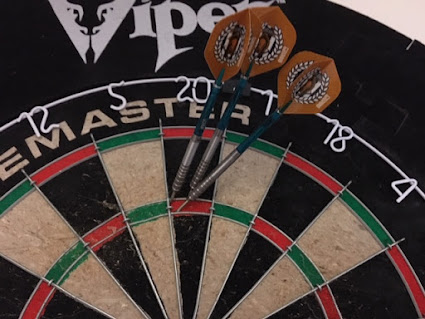 Bought these ONE80s via Amazon. I understand it's old overstock 'cos they are listed as Style A, Style B, C, or D, etc, etc rather than by their regular names. I found out about them via a YouTube channel, which was good enough to provide their real identities in the comment section of the video.
I actually bought the Style A/One80 Rebel at 23 gram - I wanted a grippy dart - but Amazon sent me the wrong darts. (Bezos's thoughts must have been elsewhere when he was picking my order. Poor chap.) They had mislabeled them, and I received the Style D/Rectifiers instead. I'm not too pissed in the circumstances 'cos it was always my intention to get 3 or 4 cheapish set of darts at different weights and different grips to see how different they are from my current 26 gram Bottelsen Kick Ass darts. It's weird to throw such light darts after only throwing 26 gram darts for the past 13 months.
I've now had the new darts for a couple of days and I've hit 4 180s with them - inbetween all the usual 26s and 38s -  and I'm still getting used to them. I wouldn't have thought of taking a chance on new darts if I hadn't recently joined a Darts discussion forum. I fear I may be jumping down a darts equipment rabbit hole. Pray for me. 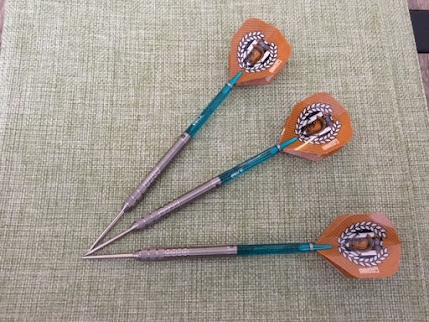 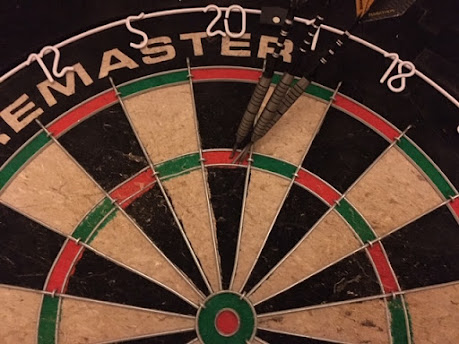 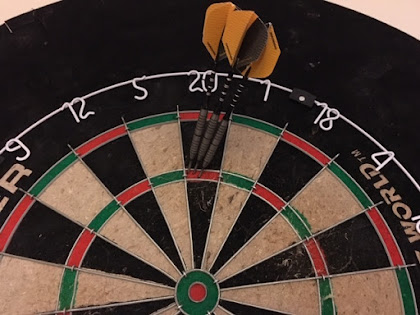 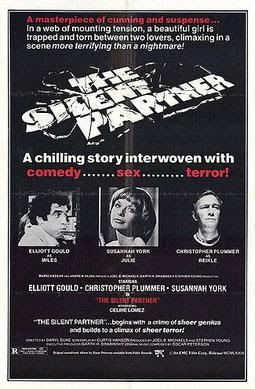 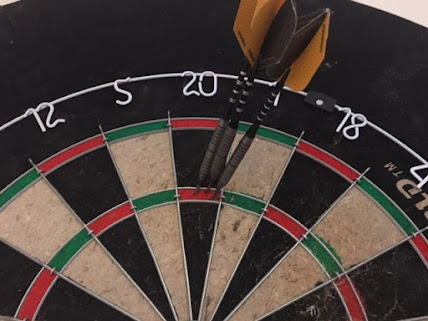 It's cold outside. Blizzard conditions. 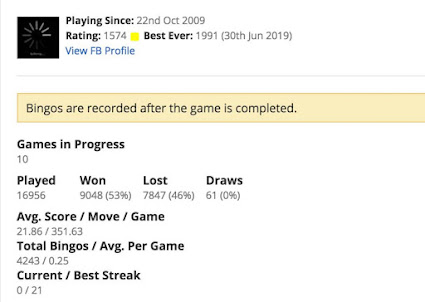