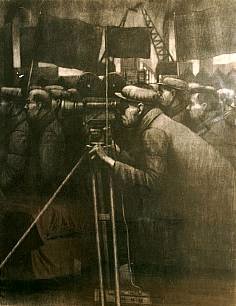 BIRTHRATE
"Japan's birthrate fell to a record low of just 1.12 million babies, or about 1.29 children per couple, in 2003. The rate, which measures the average number of times a woman gives birth during her lifetime, dropped 0.03 points from the previous low of 1.32 in 2002. The falling birthrate is a serious worry for Japan as it looks forward to the possibility of labor shortages, a diminshed tax base and pension system insolvency. "
Source: Ministry of Health, Labour and Welfare
SUICIDE
"Suicides rose 7.1 percent to 32,082 in 2003 from 29,949 the years before, according to figures released June 11 by the Ministry of Health and Welfare. Suicide was the sixth leading cause of death after cancer, heart disease and other illnesses, and the leading cause of death among men in their 50s, a demographic that has borne the brunt of corporate restructuring and the economic slump. Suicide was also the No. 1 cause of death among those in their 20s and 30s, the age groups that are less likely to die from illnesses."
Source: The Japan Times
Both quotes from the July 2004 issue of The Japan Journal
Posted by Imposs1904 at 10:40 am 1 comment:

News reports today mention that the rough cut of U2's next studio album has gone missing, presumed stolen, whilst the band were doing a photoshoot for the cover of the  proposed album. French police have issued the following description of a man they want to interview about the disappearance of the CD.*       * OK - It's a fair cop - the joke above is fifteen years out of date, but: 1) So are U2. 2) I had to post something to get back in the habit of blogging.
Posted by Imposs1904 at 9:41 am 3 comments:

Email ThisBlogThis!Share to TwitterShare to FacebookShare to Pinterest
Labels: Bono, Jim Kerr, U2

The Invention of Tradition

One of my favourite films of all time is Peter Mullan's Orphans. In fact I love the film so much I can be a bit of pain in the arse about it - proselytizing and preaching at people, urging them to check it out, in the same way your average SWPer tells you that every Respect campaign is really, really brilliant.

I guess people put me love for the film down to some sort of atavistic Glasgow thing or a bad case of the lapsed Catholics: at a push I can plead guilty to the former, but the latter don't apply in my case. I come from a *cough* mixed family (roughly translated as one side of the family are left footers) of professional don't knows, don't cares, and the "hedge your bets on your death bed just in case - get them all in to say a few words to make sure your name is on the guest list if there is a trip upstairs. The Priest, Vicar, Iman, Rabbi and the woman with the crystals" brigade

It is just a really, really brilliant - shit, I'm coming down with a case of the 'SWPS' now. I'll be breaking out the petition next - film. A mixture of tears in the eyes humour, lump in the throat family drama and the best use of Billy Connolly in a film ever (Sorry Billy, the quality of your jokes are now in inverse proportion to the size of your ego)which confused the hell out of the Joshuas and Jemimas in the Marketing Dept of the film's financiers, Channel Four, when they saw the final cut of the film. Rest assured the Joshuas and Jemimas quickly recovered their composure and did what they do best when faced with a film that they can't shoe horn into a soundbite on a poster: they fucked up its distribution and let it disappear to the bottom shelf of the video section in your local library. (You couldn't find it in Blockbusters - there was not enough room on the shelves for a single copy of the film alongside the 50 copies of 'Notting Hill'.)

I'm getting off the written track of the post as per usual. My reason for the post is 'cos when reading an old Peter Mullan interview I came across the following admission from Mullan about a key scene in the film that made me smile. I always wondered how traditions start:

Peter Mullan: "In a way, the four main characters in Orphans are the way I felt after my mother died divided into four. So each of those characters represent elements of how I felt, but what happens to them in the course of the film is completely fictional. The only thing in Orphans that really happened is the opening. My eldest brother, as we stood around our mother's coffin - we had no ceremony to fall back on even though we're working class Irish Catholic and we didn't know what to do. Well, he had a pair of scissors and he made each of us clip off a bit of hair - and I thought, "Wow, this must be some ancient, Celtic thing". And when it came to him, he took this big, fuck-off chunk from his head - it was like the opposite of De Niro in Taxi Driver - this big lump of alopecia and he threw it at her coffin. And it was so irreverent but we were all thinking "This must be something from Donegal". So I asked him about it later if it was some family tradition, and he said "Nope, I just made it up. I thought it sounded really good". We were thinking that we'd connected with death and life and the universe and this wanker had just made it up. God forbid that he had found a pair of garden shears - he might have told us to cut our ears off, and to be honest I'd probably have done it." 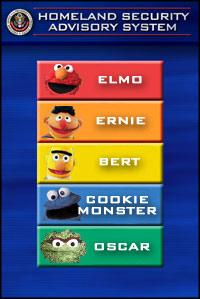