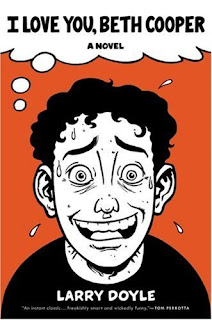 Rich had had a much less tragedy-free life. We needn't go into the details, since it's a long, sad and ultimately unoriginal story, but as a result Rich had developed a coping mechanism by which all of the terrible things that happened to him were merely wacky complications that would, before the movie of his life was over, be resolved in an audience-pleasing happy ending. He occasionally worried his life might be an independent film, or worse, a Swedish flick, but he chose to behave as if the movie he lived was a raucous teen comedy and he was somebody like Ferris Bueller or Otter from Animal House, or, worst-case scenario, that guy who fucked a pie.