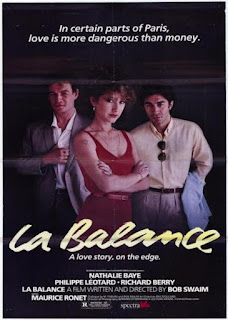 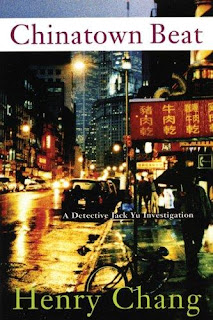 Manhattan was twenty-two square miles and if he took his time, he'd cover it in two hours. He needed the air, needed to clear the alcohol from his head. The perspective from the driver's seat was a bittersweet pleasure to him.

The Greater Chinatown Dream, the Nationalists had called it: an all-yellow district in lower Manhattan running from the Battery to Fourteenth street, river to river, east to west, by the year 2000.

Then he turned the car north and made all the green lights through loisaida, the Lower East Side, past the Welfare Projects - the Wagner, Rutgers, Baruch, Gouverneur - federally subsidized highrises, which ran along the East River, blocs of buildings that stood out like racial fortresses. Blacks in the Smith Houses, Latinos in the Towers.

That's how the Lower East Side really was, not a melting pot but a patchwork quilt of different communities of people coexisting, sometimes with great difficulty.

Manhattan was symbolic of the rest of Gotham, the Big City, where the best walked the streets alongside the worst.

When the red light caught him, he was already past Alphabet City, in that part of the East Village where the druggie nation came to score: smoke, crack, rocks, pharmaceuticals, and a brand of Mott Street H tagged China Cat, so potent and poisonous it had sent twelve of the hardcore straight to junkie heaven in August, keeping the Ninth Precinct narcs tossing. 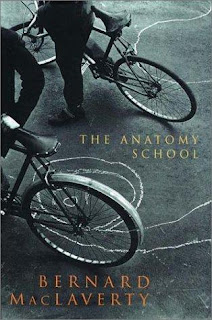 'OK - it's not Banquo who fucks things up, it's MacBeth,' said Blaise. He too was chewing at the stem of a piece of grass now, biting fragments off it and spitting them out. 'We are all like a man rowing a boat. We have our backs to the way we're going. We can't look ahead, can't see the future. All we can see is the past behind us.'

'Very good,' said Kavanagh. 'But not so the canoeist.' They all laughed.

Blaise joined his hands and cradled them behind his head and said, 'Where do you think we'll be three or four years from now?'

'What a crass question,' said Martin.

'It'll be easier looking back. Three or four years from now you'll say - remember that day we mitched off to the Waterworks.' They thought about this in silence. Clouds covered the sun and their shadow could be seen moving on the hills. The water sounded continually at the lake edge. 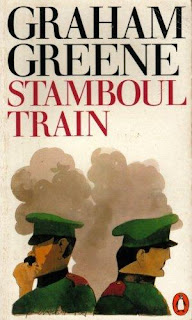 He assured her: "It's a mistake. They are frightened. There has been rioting in Belgrade. They want me, that's all."

"No, I'm one of them," he said with some bitterness.

"What have you done?"

"I've tried to make things different." He explained with an air of distaste for labels: "I am a Communist."

At once she exclaimed: "Why? Why? watching him fearfully, unable to hide that she felt her faith shaken in the only man, except Myatt, able and willing to help her. Even the kindness he had shown her on the train she now regarded with suspicion. She went to the bench and sat down as far as she could from the German.

"It would take a long time to tell you why," he said. She took no notice, shutting her mind to the meaning of any words he uttered. She thought of him now as one of the untidy men who paraded on Saturday afternoons in Trafalgar Square bearing hideous banners: "Workers of the World, Unite", "Walthamstow Old Comrades', "Balham Branch of the Juvenile Workers' League". They were the killjoys, who would hang the rich and close the theatres and drive her into dismal free love at a summer camp, and afterwards make her walk in procession down Oxford Street, carrying her baby behind a banner: "British Women Workers".

She took no notice. She was, for the moment in her thoughts, immeasurably above him. She was a rich man's mistress, and he was a workman. When she at last took notice of him it was with an ingenious contempt: "I suppose you'll go to gaol."

She stared at him in amazement, forgetting their difference in class: "Why?" He smiled with a touch of conceit: "They're afraid."

"In England," she said, "they let the Reds speak as much as they like. The police stand around."

"Ah, but there's a difference. We do more than speak."

"A sort of trial. They'll take me to Belgrade."

Books do furnish a room 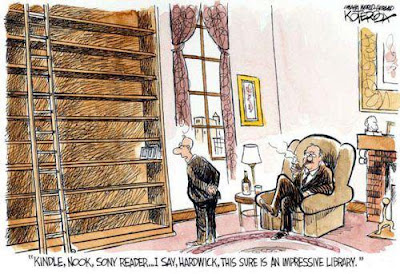 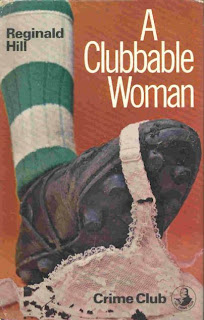 Superintendent Andrew Dalziel was a big man. When he took his jacket off and dropped it over the back of a chair it was like a Bedouin pitching camp. He had a big head, greying now; big eyes, short-sighted, but losing nothing of their penetrating force behind a pair of solidframed spectacles; and he blew his big nose into a khaki handkerchief a foot-and-a-half square. He had been a vicious lock forward in his time, which had been a time before speed and dexterity were placed higher in the list of a pack's qualities than sheer indestructibility. The same order of priorities had brought him to his present office. He was a man not difficult to mock. But it was dangerous sport. And perhaps therefore all the more tempting to a Detective-Sergeant who was twenty years younger, had a degree in social sciences and read works of criminology.

Dalziel sank over his chair and scratched himself vigorously between the legs. Not absent-mindedly - nothing he did was mannerism - but with conscious sensuousness. Like scratching a dog to keep it happy, a constable had once said within range of Dalziel's very sharp hearing. He had liked the simile and therefore ignored it. 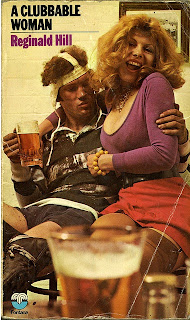 Email ThisBlogThis!Share to TwitterShare to FacebookShare to Pinterest
Labels: Booksivereread2012, Dalziel and Pascoe, R1970, Read on the Nook, Reginald Hill

Love Goes to Buildings on Fire: Five Years in New York That Changed Music Forever by Will Hermes (Faber and Faber 2011) 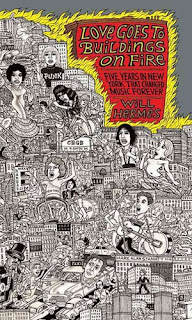 After an encore, as the revelers filed out toward the frigid night and the year ahead, the DJs slipped on a gentle acoustic number: a cover of Suicide's 'Dream Baby Dream" by, of all people, Bruce Springsteen. Springsteen played the song as a coda to nearly every show on his solo 2005 Devils and Dust tour. This particular version, a hypnotizing mantra-cum-lullaby-cum-benediction, was released on an import-only compilation right around Alan Vega's seventieth birthday.

Springsteen had always liked Suicide: he was especially impressed by the story-song "Frankie Teardrop." When he was working on The River in '79, he and Vega crossed paths up at 914 Studios in Blauvelt, where Springsteen had recorded so much of his early work. Vega and Marty Rev were finishing their second LP, which included "Dream Baby Dream." Bruce and Vega talked about rock 'n' roll, taking nips off Vega's flask. "You know, if Elvis came back from the dead," Springsteen said later, "I think he would sound like Alan Vega." 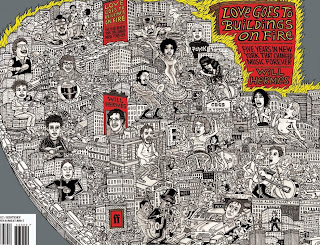 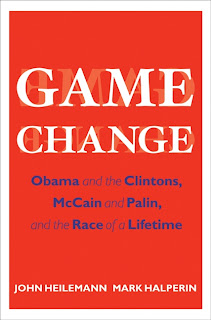 Edwards was still doing his best Monty Hall imitation: Let’s make a deal. Although he maintained publicly that he never desired to be a running mate again, Edwards was, in fact, quite open to the idea. But he was also willing to consider more modest rewards. Having been rebuffed on the notion of teaming up with Obama after Iowa, he once again dispatched Leo Hindery to make a revised offer.

Daschle shook his head. How desperate is this guy?

“Leo, this isn’t good for John,” Daschle replied. “This is ridiculous. It’s going to be ambassador to Zimbabwe next.”

Daschle warned Hindery that this new offer, like the last one, was sure to be rejected. And it was. When Obama heard about the suggested quid pro quo, he was incredulous.

That’s crazy, he told Axelrod. If I were willing to make a deal like that, I shouldn’t be president!

Edwards wondered if Clinton might be more open to cutting a deal. For all his previous distaste for her, he was beginning to find her more agreeable than Obama—less aloof, more brass-tacks. But Edwards knew his options were rapidly running out. He had no money, the press was ignoring him, and his vote totals were spiraling toward zero; he’d won just 3.8 percent in Nevada.

Then again, Rielle Hunter was only eight months pregnant.

So Edwards still had another month to strike a bargain.

A plus B means that someone's stolen a march on Private Eye this week : 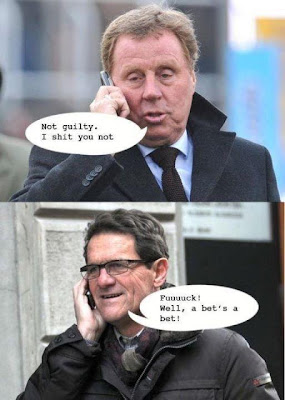 Hat tip to some wag over at Urban 75 for the picture. 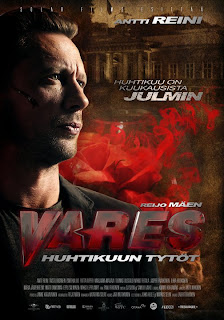