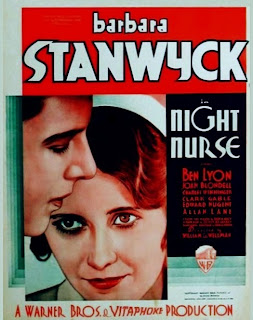 I've finally worked out how to get 180s. (My second this year.) Before the third dart is thrown, you haven't realised that you've already hit two treble twenties with your first two darts.

The upside of a bad prescription. 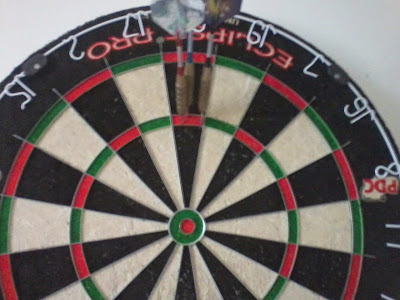 Email ThisBlogThis!Share to TwitterShare to FacebookShare to Pinterest
Labels: 180, Darts 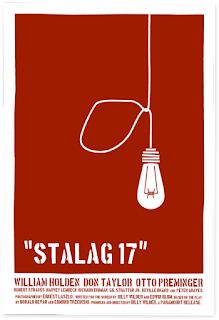 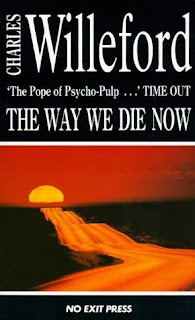 Commander Bill Henderson, Homicide Division executive officer, Miami Police Department, entered Sergeant Hoke Moseley's cubicle, removed the -Miami Herald- from the chair beside the desk, tossed it toward the overflowing wastepaper basket, and sat down heavily. He looked at the sheet of paper on his clipboard and sighed.

Hoke's messy desk was littered with a half dozen sheets of bond typewriter paper, supplementary reports, and a red accordion file. He had been drawing diagrams on the bond

paper with a ruler and a ballpoint.

"This is an important survey."

Bill pulled his lips back, exposing large gold-capped teeth that were entwined with silver wire. "Depends on whether you smoke or not. Have you quit yet?"

"Not exactly, but I'm down to about ten a day. I've tried to quit cold turkey, but the longest I've managed to go was about six hours. Now I time it and smoke a Kool every four hours, with maybe a few extra at night when I watch the tube. If I can hold it down to only ten a day, it's almost like not smoking at all."

Bill shook his head. "I switched over to cigars, but I still inhale, so I'll probably have to go back to cigarettes. After five cigars my throat's raw as a bastard, and I've been coughing up all kinds of shit in the morning."

"Is that the end of the survey?" Hoke picked up a Telectron garage opener device, the size of a king-size pack of cigarettes, and showed it to Bill Henderson. "Know what this is?"

"No, I don't, and no, I'm not finished. This really is important. I attended the new chief's weekly briefing this morning, and he's come up with a terrible plan. He wants to stop all smoking inside the police station. His idea's to set up a smoking area in the parking lot, and anytime you want to smoke you have to sign out for personal time and go out to the lot. Then, when you finish your smoke, you sign back in again and return to your desk or whatever. A lot of guys have already quit smoking, you see, and they've complained to the new chief that smoke from heavy smokers is invading their space."

"What about the men's room?"

"No smoking inside the building, period. That includes interrogation rooms, suspect lockup, everywhere except the outside parking lot."

"It won't work, Bill. Lieutenant Ramirez, in Robbery, smokes at least three packs a day. He might as well move his fucking desk out to the parking lot."

"That's what we tried to tell the new chief. But he figures if he makes it hard on smokers, they'll either cut down radically or quit."

"Does the new chief smoke? I never noticed."

"Snoose. He dips Copenhagen. He usually has a lipful of snuff, but he doesn't spit. He swallows the spit instead."

"That figures. The rule won't bother him any, so the bastard doesn't give a shit about the rest of us. But I don't think a rule that dumb can be enforced. Guys'll sneak 'em in the john or even at their desks."

"Not if they get an automatic twenty-five-dollar fine they won't."

Jesus." Hoke took a Kool out of his pack and lighted it with his throwaway lighter. He took one drag and then butted it in his ashtray. "I lit that without thinking, and I've still got an hour to go." He returned the butt to his pack.

"That's why I'm running this survey, Hoke. If a big majority complains, he probably won't put in the rule. So I'll put you down as opposing the new rule, right?"

"Right. Now let me tell you about this little gadget--" 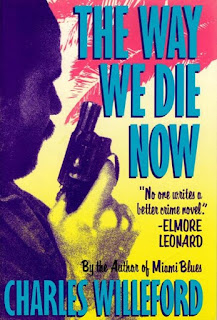 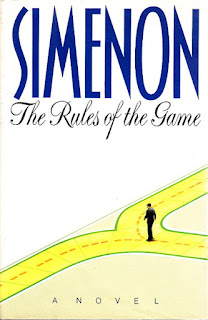 The vibration of the lawn mower's small motor passed into Higgins's arm, and through his arm into his whole body, giving him the feeling that he was living to the rhythm not of his own heart but of the machine. On this street alone there were three mowers, all more or less the same, all working at the same time, with the same angry sound, and whenever one of them stalled for a moment, others could be heard elsewhere in the neighbourhood.
Posted by Imposs1904 at 1:35 pm No comments: 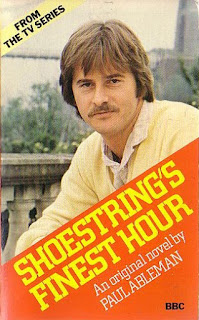 I put my ear to the door and listened. Not a sound. I'd already noted that there was no light showing under the door. Was it safe? I had to take that chance. I reached forwards for the door handle and grasped it without making any noise. Slowly, with infinite caution, I turned it and eased the door open. Mercifully, it didn't creak. I knew just were to find what I was after.But would I be caught? The consequences could be serious. I peered into the dark room. As far as I could tell it was empty. It had better be. I started across the floor. It was carpeted but the boards beneath the carpet creaked slightly. I froze. I listened. Not a sound. I took another two steps. This time there were no creaks. I paused again and listened. Safe to continue. I took four light but quick steps. Only the hint of a creak. One more advance and I should have it. I estimated it would take another three steps. I took a deep breath and then took those three steps.

The light came on and Erica said:

'Put the whisky down, Eddie.'

'That whisky - the whisky in the bottle that you're holding. My whisky.'

'I gave you this whisky.'

'Which is what it mine, Shoestring.' 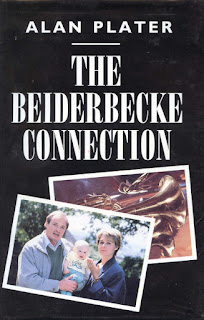 Prams. Trevor Chaplin decided, were not what they used to be. When he was a lad in the North-East, prams were vehicles of substance, designed by the spiritual descendants of Brunel and Stephenson, and built by time-served craftsmen, wise old welders, blacksmiths and sheet-metal workers with grey-flecked hair. A pram was high, wide and handsome. It would scrape the paintwork on both sides of the hall simultaneously. On the road it would carry, with ease, the designated baby, plus a week's groceries, a couple of footballs, supplementary kids hitching a lift, fish and chips for the family and still have room left over for a bag of coal.

A Working Stiff's Manifesto: A Memoir of Thirty Jobs I Quit, Nine That Fired Me, and Three I Can't Remember by Iain Levison (Random House 2002) 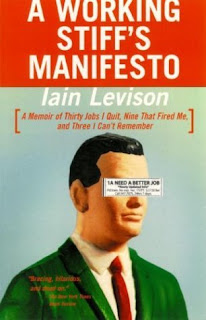 I have a job. Here we go again.

In the last ten years, I’ve had forty-two jobs in six states. I’ve quit thirty of them, been fired from nine, and as for the other three, the line was a little blurry. Sometimes it’s hard to tell exactly what happened, you just know it wouldn’t be right for you to show up any more.

I have become, without realizing it, an itinerant worker, a modern-day Tom Joad. There are differences, though. If you asked Tom Joad what he did for a living, he would say, “I’m a farmworker.” Me, I have no idea. The other difference is that Tom Joad didn’t blow $40,000 getting an English degree.

And the more I travel and look around for work, the more I realize that I am not alone. There are thousands of itinerant workers out there, many of them wearing business suits, many doing construction, many waiting tables or cooking in your favorite restaurants. They are the people who were laid off from companies that promised them a lifetime of security and then changed their minds, the people who walked out of commencement with a $40,000 fly swatter in their hands and got rejected from twenty interviews in a row, then gave up. They’re the people who thought, I’ll just take
this temporary assignment/bartending job/parking lot attendant position/pizza delivery boy job until something better comes up, but something better never does, and life becomes a daily chore of dragging yourself into work and waiting for a paycheck, which you can barely use to survive. Then you listen in fear for the sound of a cracking in your knee, which means a $5,000 medical bill, or a grinding in your car’s engine, which means a $2,000 mechanic’s bill, and you know then that it’s all over, you lose. New car loans, health insurance, and mortgages are out of the question. Wives and children are unimaginable. It’s surviving, but surviving sounds dramatic, and this life lacks drama. It’s scraping by.

It wasn’t supposed to be like this. There was a plan once, but over the years I’ve forgotten what it was. It involved a house and a beautiful wife and a serviceable car and a fenced-in yard, and later a kid or two. Then I’d sit back and write the Great American Novel. There was an unspoken agreement between me and the Fates that, as I lived in the richest country in the history of the world, and was a fairly hard worker, all these things would just come together eventually. The first dose of reality was the military. I remember a recruiter coming to my house, promising to train me in the marketable skill of my choice, which back then was electronics. I remember the recruiter nodding vigorously and describing all the electronics that the army was currently using. They would train me and train me, he said.
Posted by Imposs1904 at 10:40 pm No comments:

On this day of days, a nice excuse to post this funny cartoon from the cheeky bastards over at Great Moments in Leftism:

The one failing is that they decided to make the archetypal SPGBer look a bit too much like leading Millie Peter Taaffe. That can't be right.
Posted by Imposs1904 at 3:22 pm No comments:

Email ThisBlogThis!Share to TwitterShare to FacebookShare to Pinterest
Labels: Do They Mean Us?, General Election 2015, Political Cartoons 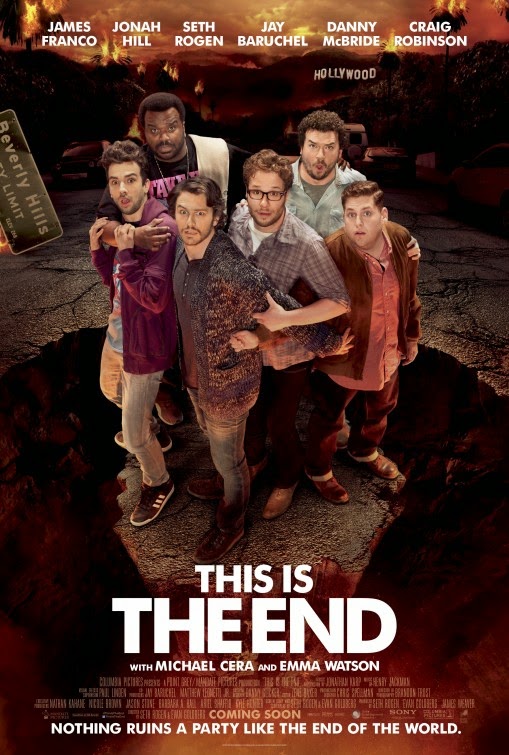 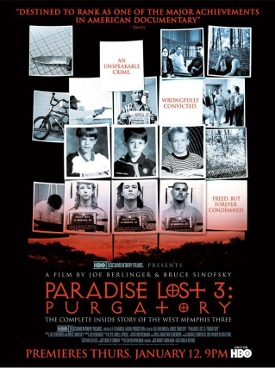