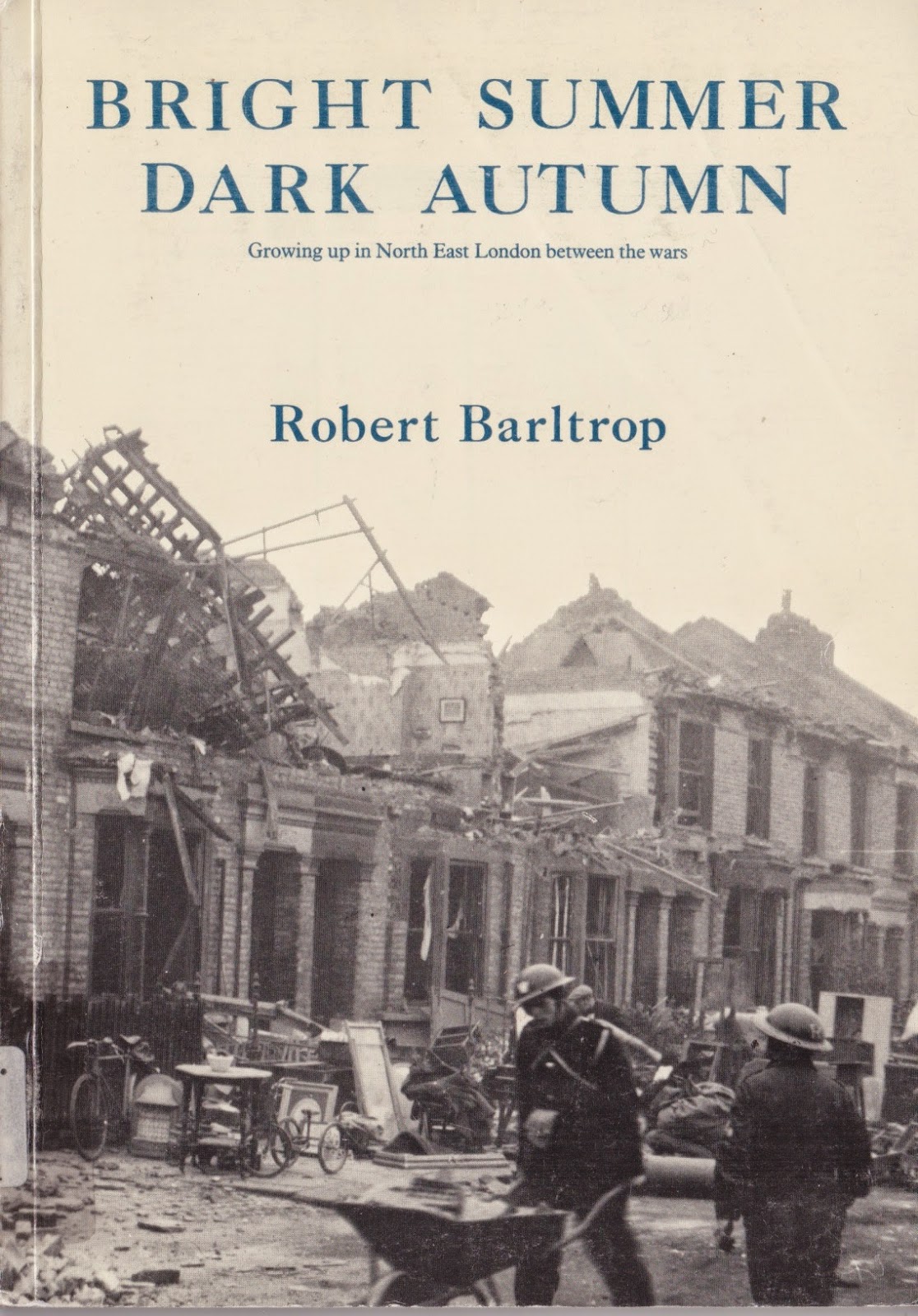 And, in the height of the summer, the 'red' air-raid warnings began in the daytimes. There was a siren on the island in the road junction near us, at the top of a very tall grey post. At the shop we heard the deep metallic growl as it started up, rising to the harsh wail which went on for a couple of minutes. People scurried away, and the shops closed; the streets were nearly empty by the time the siren finished sounding. Nothing happened. As a reminder that it was not a meaningless warning, bombs were dropped on Croydon and killed sixty-two people. Sometimes on cloudy days when the warning was on we would hear the throbbing of an aeroplane engine, hidden and persistent as if hovering not far away.

Yet, in this threatened state, normal activities and recreations went on. On their afternoons off the shop assistants were going to the West End to see Gone With the Wind (they said it was too long - we were used to films which lasted an hour and a half). The dance bands and comedy shows on the radio: Jack Warner playing the Cockney soldier in 'Garrison Theatre', Robb Wilton, 'Itma' with its fund of catchphrases; Bing Crosby, the Andrews Sisters singing 'Bei Mir Bist du Schoen'. Pubs flourished, as did dance halls. There was said to be a boom in reading the classics of English literature, and I suppose the black-out nights were an opportunity which many people had previously lacked for reading. The book I remember from those weeks before the Blitz was a paperback novel called This Bright Summer. Several of my friends were reading it; it was well written, and passionate in places, and in my mind it belongs to the summer of 1940.

In The Thirties by Edward Upward (Heinemann 1962) 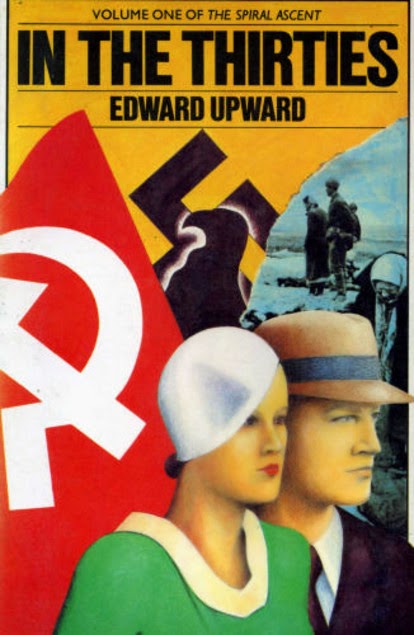 Most of the others, when all of the group had arrived here, sat on the tree-trunks, but Alan and Elsie chose the grass, which was warm and thistle free and had been grazed by rabbits till it was as short as the grass of a lawn. Alan had been carrying his and her lunch in a small rucksack that he now removed from his back and handed to Elsie, who had prepared the food and knew which of the greaseproof-paper-covered packets contained what. She grinned as she gave him the three hard-boiled eggs that he had told her he would want when she had asked him in the flat how many. And he did want them. The walking he had done gave relish to his eating, made it a pleasure so keen that it was like an aesthetic experience. With the eggs there were brown bread-and-butter sandwiches and afterwards he ate a banana and an apple, and he drank hot coffee which she poured out for him from a vacuum flask into a plastic cup. And the pleasure did not end when his appetite was satisfied: it changed, evolved, became a happiness deriving not just from food but also from the presence of the comrades eating and talking around him.

‘How fine they are,’ he thought. ‘How devoted and honest, how different from what anti-Communists say that Communists are, how much better as human beings than their traducers.’ He looked at Lamont, conqueror of dreadful disabilities, and at Lamont’s wife, whose self-sacrifice for her husband had made possible his outstanding work for the cause; at Len Whiscop, born in a slum, mainly self-educated, who was among the Party’s most effective economics tutors and who once, when trespassing on principle, had led a group of ramblers including Alan and Elsie past a gamekeeper holding a shotgun; at Sammy Pentire and his Polish wife Rosa, both of them nearer seventy than sixty but slim and fit, who were vegetarians and had been active for socialism since their twenties; at George Farmer, an Old Etonian who could have made a bourgeois career for himself if he hadn’t chosen the Party; at Enid and Bertha, teachers, who had remained loyal to the working class into which they had been born and whose scrupulous intellectual honesty would allow them to accept nothing on faith, not even from the Party leaders. He thought of other comrades who were not here on this ramble: of Wally first of all, and of Eddie Freans, and of Jimmy Anders. Then he thought of people opposed to the Party: of Mrs Greensedge, who cheated at whist drives and who had once said that her husband would be furious if he thought she was getting mixed up with Communists; of a university don who had alluded to Marx and Engels with complacent contempt and in words revealing that he had not bothered to study their writings; of Christian imperialists paying lip-service to the Sermon on the Mount and expressing horror at the Marxist view that the use of force was in certain temporary revolutionary circumstances justifiable; of young careerists despising the working class they had risen from and abhorring Communism because it contradicted the only principle that made sense to them – their own advancement. Such people were of the class which Alan himself had belonged to, but which he had broken with. ‘I have cleansed myself of their customs,’ he thought, remembering Dante’s line: ‘da’ lor costumi fa che tu ti forbi.’ He belonged at last, without reservation, among these comrades he was sitting with here. They accepted him as one of them, and he knew that in spite of, or perhaps partly because of, his diffidence, they liked him. He loved them, and he would never again allow himself to repine because of the amount of work the Party expected from him, or to hanker back after what he had been fond of in his bourgeois days. 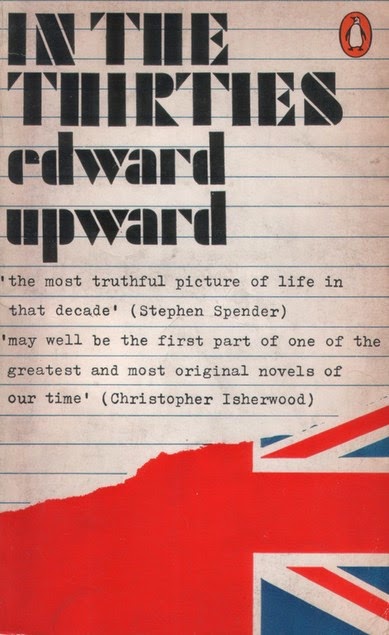 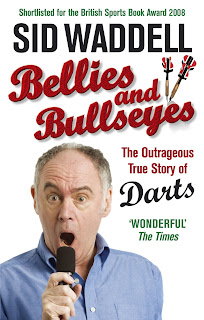 In mid-February I went up to Newcastle from my home in Leeds for the England/Scotland clash. I attended the pre-match banquet and had a drink with some of the players before the meal. Alan Glazier, a star exhibition player like Evans, was courteous and shy. Tony Brown, also of England, looked like Desperate Dan and was drinking gin fast. Charlie Ellix, a small Cockney, also seemed to have a mighty thirst. Across the way, nineteen-year-old Eric Bris“tow toyed with a pint of lager. Later he told me that the Indoor League had inspired him. ‘When I was sixteen me dad was teaching me darts and I used to sit on the settee watching Indoor League. I said to me mum and dad “I want to go on that”.’ He did, and he won it.

Next day the action and atmosphere at the City Hall lived up to expectation. The last time I’d been there was to see PJ Proby, and the support was a band called Nero and the Gladiators. The darts was gladiatorial and the Geordie crowd loved every minute. Two images live in my memory. Firstly, Bristow saluting the crowd after a 16-dart leg and going on to win. Secondly, a stocky mop-headed little bloke from Kirkcaldy who bounced around the stage in tartan trews and did a number on Charlie Ellix. He was described in the programme as ‘Jocky’ Wilson – ‘one of the unemployed’.