The Hedge Knight: A Tale of the Seven Kingdoms by George R. R. Martin (Voyager Books 1998) 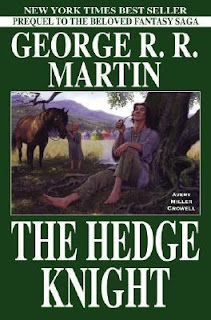 The spring rains had softened the ground, so Dunk had no trouble digging the grave. He chose a spot on the western slope of a low hill, for the old man had always loved to watch the sunset. “Another day done,” he would sigh, “and who knows what the morrow will bring us, eh, Dunk?”

Well, one morrow had brought rains that soaked them to the bones, and the one after had brought wet gusty winds, and the next a chill. By the fourth day the old man was too weak to ride. And now he was gone. Only a few days past, “he had been singing as they rode, the old song about going to Gulltown to see a fair maid, but instead of Gulltown he’d sung of Ashford. Off to Ashford to see the fair maid, heighho, heigh-ho, Dunk thought miserably as he dug. When the hole was deep enough, he lifted the old man’s body in his arms and carried him there. He had been a small man, and slim; stripped of hauberk, helm, and sword belt, he seemed to weigh no more than a bag of leaves. Dunk was hugely tall for his age, a shambling, shaggy, big-boned boy of sixteen or seventeen years (no one was quite certain which) who stood closer to seven feet than to six, and had only just begun to fill out his frame. The old man had often praised his strength. He had always been generous in his praise. It was all he had to give.
Posted by Imposs1904 at 11:51 pm No comments: Links to this post 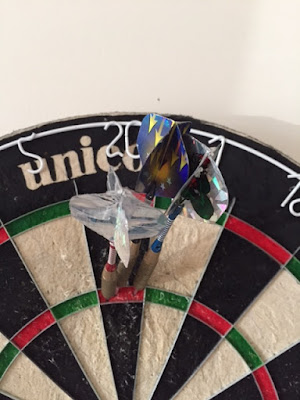 Email ThisBlogThis!Share to TwitterShare to FacebookShare to Pinterest
Labels: 180, Darts

The 10 Football Matches That Changed The World ... and the One That Didn't by Jim Murphy (Biteback Publishing 2014) 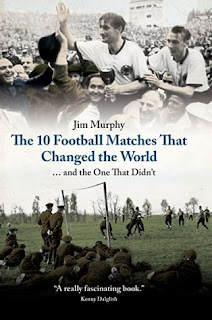 England’s victory over Germany in extra time didn’t win Wilson the 1966 election. But their extra-time defeat four years later to the same opponents is felt by many on the Labour side to have pushed the party towards its next defeat. As the 1970 teams kicked off in the Mexico quarter-final, Labour was 9 per cent ahead in the opinion polls. The reigning champions went into a 2-0 lead in a game played just five days before Britain chose its government. But Germany fought back to win 3-2 after extra time. England were out. So, later that week, was Prime Minister Harold Wilson. Former Labour minister and one of the party’s sharpest ever thinkers Tony Crosland blamed the defeat on ‘a mix of party complacency and the disgruntled Match of the Day millions’.
Complacency undoubtedly played its part. Politics seemed to take the Wolstenholme approach to the 1970 general election. The opinion polls, the pundits and the parties thought Labour were cruising to victory. But unfortunately for Harold Wilson, he didn’t have a Geoff Hurst in his team to put it beyond doubt.
So what went so badly wrong so late in Wilson’s campaign? This is the story of how a hat-trick of goalkeeping howlers in the Mexican sunshine 5,500 miles away from Downing Street, helped cause one of the biggest upsets in Britain’s electoral history. It’s the story of the unexpected humiliation of England’s football team and the part their defeat played in the humbling of Britain’s Prime Minister. After one of the research interviews, this chapter took an unexpected turn. It now includes the story of football and a second Prime Minister. During my discussions with Tony Blair, he told me the incredible true story of how football smoothed his path to Downing Street; but more of that later.

I don’t have much time to puzzle over it before Tony creaks his neck round his office door. He welcomes me with one of his broad gap-in-his-tooth smiles. As we sit down to talk, I ask him about a mix of football and politics. He stares off into the middle distance and thinks back more than thirty years. On 11 May 1983, five friends who were all Labour Party members gathered around a television in the north-east of England, to watch Aberdeen in their first ever European final. The team from Scotland’s North East were taking on the mighty Real Madrid. Those few hours in that living room helped change the UK pretty dramatically; and still do to this day. Alex Ferguson had guided the Scottish Cup holders and League runners-up into the final of the now defunct European Cup Winners Cup. As Aberdeen and their 14,000 fans celebrated in Sweden, something even more dramatic was beginning in the world of politics. That victory propelled the now Sir Alex onto the footballing world stage; it also helped launch the career of a little known 31-year-old lawyer and would-be politician by the name of Anthony Charles Lynton Blair.
‘That was the night I first went to Sedgefield for the Labour Party nomination,’ the now sixty-year-old former PM tells me. Sensibly, most readers won’t have any insights into Labour’s processes for picking an election candidate. More often than not, you need a strong group of local people talking to others and speaking up for you, if you’re to have any chance of being selected. It’s a tactic that seems to have evaded the young Blair. There’s no polite way of saying it. He had become one of the party’s most accomplished serial losers when it came to the business of Labour selections.

I tried for about twelve seats before Sedgefield all over the north-east. I lost out in many places because of my attitude on the Militant Tendency. Pre-1983, a lot of people didn’t want them expelled. In those days in Sedgefield there was a majority of Labour Party people who were in favour of expelling Militant from the Labour Party.

Tony picks up the story of what happened on that 11 May evening, when he set out to recruit influential Sedgefield Labour members to his cause.

I met the critical people that night. I knocked on the door in Front Street South, which was the house that belonged to John Burton, who later became my election agent. And as he opened the door the Aberdeen match had literally just begun. I needed to see him but he basically said, ‘Sit down and shut up.’ Which I quickly realised was very important, because if I’d blabbered away throughout the game then it was obvious I wouldn’t have been suitable.

Blair had arrived too late to see Aberdeen’s Eric Black put his side into a fifth-minute lead from a corner. But he was able to join in the general sense of annoyance that they conceded their lead so quickly, just seven minutes later to a Juanito penalty.

The match went into extra time before Aberdeen’s John Hewitt, a substitute for Black, the injured scorer of the first goal, netted the winner. It meant a late night for the five Sunderland fans and their Newcastle-supporting visitor. Despite having a crowded mind, Blair remembers it pretty clearly: ‘It was a stellar achievement for Aberdeen even at the time, but today it would be impossible. I had a beer and made sure that most of the conversation was about football. We got on to politics after the game.’ When the youthful Blair had walked into Burton’s home, they had most of the ninety minutes plus extra time ahead of them. By contrast, Blair was really up against the electoral clock. ‘The election was on 9 June. The selection of the Labour candidate didn’t start until 18 April. I was chosen right at the last.’ With the official deadline for candidates to be selected being 23 May, Blair was right up against the wire and he knew it.

I was the last candidate of any of the parties, anywhere in the country to be selected. It had been a new seat created by the boundary changes. It was a packed thing with lots of candidates and I squeezed through. The reason I got through was partly because of that night watching the Aberdeen game.

It seems clear what would have happened if that night he hadn’t hit it off with Burton and the others over a drink discussing football. There’s no way he would have become the MP for Sedgefield. More than that, this was the final candidate selection open to him. Without the support of his newly discovered footballing friends, he wouldn’t have become an MP at all in the 1983 election.
Posted by Imposs1904 at 9:57 pm No comments: Links to this post

Following on from the recent disturbing events in Texas, a brilliant piece of barbed satire aimed at those in power: 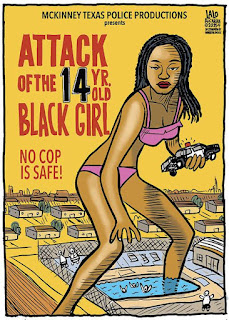 The blurb accompanying the pic is as follows:

Coming soon from McKinney Texas Police Productions, it's the next summer horror science fiction cop flick, Attack of the 14 Year Old Black Girl! A frightening teen girl in a bikini terrorizes the police force of a small Texas suburb, making them respond with excessive force and brutality reserved only for the worst of America's swimming thugs! Who will protect our nation's pool parties from this monster? Rated R for Racist! Featuring Emma Stone as the Asian Neighbor.

Hat tip to Lalo Alcaraz over at Facebook. Original poster over here.
Posted by Imposs1904 at 8:06 am No comments: Links to this post

Digging into my brain

There are worse songs to wake up to going through your head:

Email ThisBlogThis!Share to TwitterShare to FacebookShare to Pinterest
Labels: Blow Monkeys, Earworm, Top of the Pops

Email ThisBlogThis!Share to TwitterShare to FacebookShare to Pinterest
Labels: Game of Thrones 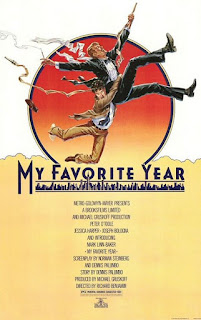 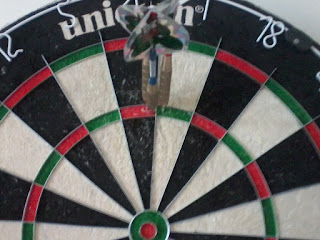 However, the silver lining is that if the World Darts Federation decide to hold next year's World Professional Darts Championship in the kids' bedroom, I fancy my chances.
Posted by Imposs1904 at 4:21 pm No comments: Links to this post

Email ThisBlogThis!Share to TwitterShare to FacebookShare to Pinterest
Labels: Darts 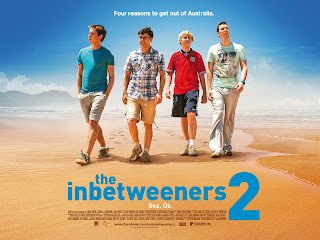 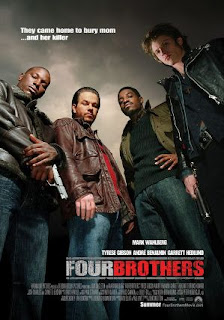