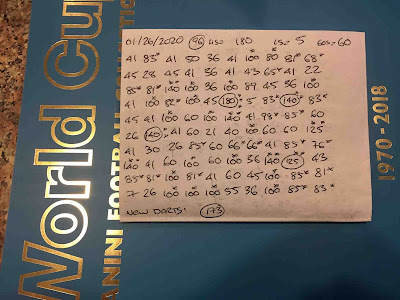 I'm now officially half way through my New Year's Darts Resolutions. I refer you to the documented evidence above to show that I've finally hit 60 sixties in one round. I guess the next goal is to hit 75 sixties but don't hold your breath on that one.

The song of the round? No rhyme or reason; I'm just another wannabe axe hero.