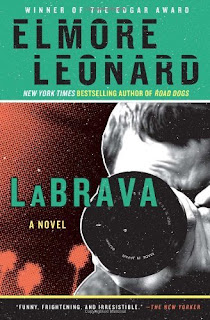 He told her Aperture magazine had contacted him about doing a book. Call it South Beach. Get all the old people, the art deco look. He was working on it now. No, he was thinking about it more than he was working on it. He wanted to do it. He wouldn't mind having a coffee-table book on his coffee table. It seemed strange though--ask thirty or forty dollars for a book full of pictures of people who'd never see it, never be able to afford it.

"At the gallery they sip wine and look at my pictures. They say things like, 'I see his approach to art as retaliation, a frontal attack against the assumptions of a technological society.'

"They say, 'His work is a compendium of humanity's defeat at the hands of venture capital.'

"They say, 'It's obvious he sees his work as an exorcism, his forty days in the desert.' Or, another one, 'They're self-portraits. He sees himself as dispossessed, unassimilated.'

"The review in the paper said, 'The aesthetic sub-text of his work is the systematic exposure of artistic pretension.' I thought I was just taking pictures."

Jean Shaw said, "Simplicity. It is what it is." Then paused. "And what it isn't, too. Is that what you're saying?"

He didn't want her to try so hard. "I heard one guy at the gallery--it was his wife or somebody who said I was dispossessed, unassimilated, and the guy said, 'I think he takes pictures to make a buck, and anything else is fringe.' I would've kissed the guy, but it might've ruined his perspective."