Roseanna by Maj Sjöwall and Per Wahlöö (Vintage Crime 1965) 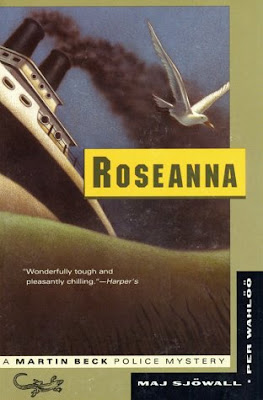 He opened his mouth but closed it again without saying anything. There would only be an argument and this wasn't the moment for it. Instead he drummed slowly with his fingers on the formica table top. He looked at the empty cup with its blue rose pattern and a chip in the rim and a brown crack down from the notch. That cup had hung on for almost the duration of their marriage. More than ten years. She rarely broke anything, in any case not irreparably. The odd part of it was that the children were the same.

Could such qualities be inherited? He didn't know.
Posted by Imposs1904 at 3:23 am