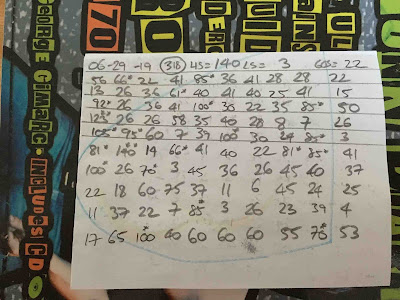 
Decent high score but mediocre 60s total. Nothing more to add . . . except a YouTube video.

Next up is Luscious Jackson's 'Here'. I had no idea it was from the Clueless movie. That's a plus in my book. Another cassingle I bought back in the day. It's in my head at the moment because for some strange reason - and it is a strange reason 'cos I never rated them - I've recently been reading/listening up on the Beastie Boys and before they became the most overrated group in the world, BB were a hardcore 4-piece featuring LJ's Kate Schellenbach on drums. The story goes - and it's from KS herself - she was bumped from the band when the other three hooked up with Rick Rubin and they put down the instruments for the drum machines. I guess it sorted itself out 'cos a few years later BB signed LJ to their vanity project record label, Grand Royale. Anyway, LJ always were better than BB. Fight me in the comments if you disagree.