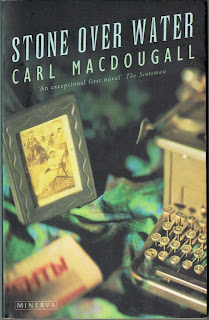 Miranda's eyes are everywhere. On Monday I phoned her and she phoned me today. The message is always the same.

Last night I went to the attic and found three pages typed on the Underwood. It's bad enough discovering your father was a closet radical without extra evidence arriving daily.

If I find more of my father's writings, I'll burn them.

The ensuing remarks are not intended to trespass upon the domain of such specialist publications as The Scottish National Dictionary or Dwelly's Gaelic-English Dlctionary. I merely wish to inform our English and foreign visitors of certain usages which are common throughout the Lowlands, Borders and most tracts of the English-speaking Highlands and Islands.

HOW SCOTSMEN DEFINE EACH OTHER

One who can shite(2) with the best of them.

One who cannot shite yet refuses to take the medicine.

One who can't shite, takes the medicine yet refuses to shite.

Note that the Braw Bugger and the Uncanny Bugger, the alpha and omega of this spectrum, have one common characteristic - their bodily functions are unimpeded by normal imperatives.

1: The term bugger when applied by one Scotsman to another has no sexual significance, even even in sheep-rearing parishes. Since, to the Scot, a man is the highest form of created life, to call a man 'a man' is to overpraise him.

2: The male Scot prefers excretion ro sexuality because, although both are equally inevitable, the first is less expensive.