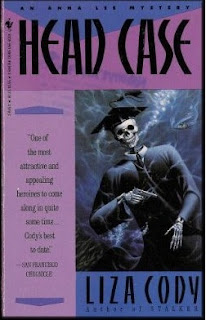 "Were you supposed to teach her to paint - as well as the history stuff?"

"That was the general idea." Lynne frowned, remembering. "It was quite ridiculous. The poor girl simply froze the minute I put a pencil in her hand. She didn't do a thing, so finally I showed her slides instead. A waste of time, as in the end we both agreed."

"Why did she freeze?"

"She didn't say. But after watching her a while I thought it was because she didn't know how to get it right."

"But, surely," Anna said curiously, "that's what you were there to show her."

"Ah, well . . . " Lynne smiled. "Perhaps that's where she knows more about it than you or I do. You see, I can show her something: how to look, or how to use a line, or how to catch reflected light, but I can't show her how to get it right. There's no such thing really. You can break every rule in the book and still, if you're lucky, make something beautiful. The only thing you can't do is get it right. Well, you can, but it's such a subjective right that it hardly exists."

"Which might be exciting or scary, depending on your point of view," Anna suggested.

"It's a funny business, this" Lynne said, nodding. "You can get really old people, in their eighties say, who the rest of the world would call great and you can see they're still learning: still trying and failing at things they couldn't master when they were eighteen. You have to be very persistent or very passionate or maybe a bit dim. I don't know."

"No." Lynne agreed. "But I thought she was frightened."

"She didn't say. Maybe nothing specific. I was just rather sorry for her."