It was one of those double take moments.

Last night, half-watching the tv whilst the adverts are on, and out the corner of my eye I see a car whizz by on the screen but what's that music accompanying the ad? I recognise those crunchy guitars and the Salfordian whine. Christ, Mitsubishi is using The Fall's track 'Blindness' to sell their Outlander Suv! You don't believe me that the sonic boom of Manchester's greatest mianthrope is on American national tv every night? Check out the advert via You Tube.

Christ, I'd love to have been a fly on the wall of that meeting between the advertising agency and the people at Mitsubishi where the matter of the proposed soundtrack for the ad campaign came up. How do you explain Mark E. Smith to the unitiated? Better still, what prompted them to chose that particular song? I've racked my brains and I can only guess that it was this couplet from the song - not featured in the ad - that swung it:

'I was only on one leg
The streets were fucked'

That sounds like a bloke in desperate need for some smooth transportation.

Mark E. Smith has just heard the news that lawyers acting on behalf of the landlord of his local pub have had the royalty cheque from Mitsubishi seized and redirected to their client, so that it can pay off Mark's bar tab.

I noticed this too the other night. I very rarely watch TV and I thought i was halucinating. First Iggy Pop, now Mark E Smith. Strange times.

Add to that list The Clash, Devo, Blondie, The Ramones, Johnnie Rotten...

Of course, the newer generations wouldn't even pause before doing one. E.g.... Now that I have a "rock" star crush on M.I.A., I'm kind of sorry I never saw the Honda Civic commercial using "Galang."

But, yes, The Fall thing is still odd; are there more to follow? A casino commercial using "Diceman"? A Starbucks commercial to the tune of "Totally Wired"?

what's the Devo one?

Oh, and is this the appropriate occasion to tell you about the time I met Mark E Smith and he bought me a drink?

turns out that Mark had already sold his soul in Britain with another one of The Fall songs featuring in a car commercial over there.

Pete Wylie and now Mark E Smith? Christ, if I only knew before that the CPB were so cutting edge, I might have attended some of their jumble sales. ;-)

Often, when I see a commercial for something using old punk or new wave music, I remember that the music was used, but I can't for the life of me remember what the commercial was about. (And I don't watch TV that often - mainly because I don't have cable and the reception isn't good...) But I know I have seen a couple of Devo commercials here in NYC.

The last one I saw used a slightly altered version of the intro music to "Gut Feeling." (A friend of mine warned me right when the commercial came on - she said, "Hey, listen to the music in this...") Maybe it was a car commercial? I'm not sure... I could also almost swear that I saw a Devo theme being used by a commercial for some automated household sweeper or something like that...

Darren, he only bought me a drink - can of lager if I remember correctly - cos he was trying to get rid of me. Would it surprise you to hear that I was pure steamin'?

And thanks Richard, appreciate your response - and I'm the same, I never remember what is being advertises whether it's good music or not!

Odd indeed. "Touch Sensitive" has been used to flog Vauxhall Corsas here in the UK for some years now. In a recent interview MES claimed this was the fault of the song's co-writer, that he had no control over the matter, and that it caused him great embarassment. Could the great man be less than truthful on this matter...?

Pete Wylie and now Mark E Smith? Christ, if I only knew before that the CPB were so cutting edge, I might have attended some of their jumble sales. ;-)

One of their top bananas, Anita Halpin, has just come into a tiny windfall after selling one of her grandfather's paintings. As she is on the losing side of a not so recent faction fight in the CPB, in all probability the CPB won't be on the receiving end of a shedload of money.

Hence, the Morning Star will continue to be best source of info for jumble sales in the home counties for the forseeable future.

The matter of Mark E. Smith, Pete Wylie and Reidski? Reidski of the Big Blowdown blogging fame is a leftfield eighties pop star magnet. A night out for Reidski is akin to an old copy of Smash Hits come to life. He currently has his sights on bumping into Green of Scritti Politti fame. He will get Mr Wood Beez to buy him a pint in a backstreet pub in Bermondsey, whilst they swap anecdotes about Challenge paper sales.

I. of course, meant to write tidy windfall. 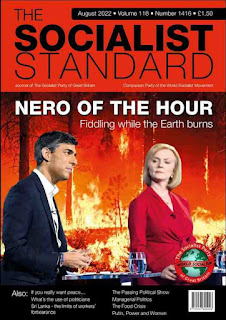